Movies For Your Monday

Join Pinkbike  Login
Local Haunt: There’s something about just rolling out the door for a quick ride – squeezing in a couple hot laps before sundown, getting a jolt of adrenaline to cap off a day, or just being able to make the most of whatever found-time crops up. Norco Ambassador Sullivan “Sull” Reed’s local spot on the outskirts of Vancouver is just that. But with so much time spent lurking the loam, he started seeing trails that weren’t even there. To exhume these hidden lines, he hoofed his way deep into the suburban woods, rolled up his sleeves and put in the time to build the riding spot his spirit needed. Local Haunt celebrates the nearby ride we all wish we had thanks to the sweat equity that Sull put into making it happen. Video: Max McCulloch.

Little Trail Hunter - Wild Things: If you have a better recipe for fun family outings than bikes, kids, and nature, we know about a dozen people in Kamloops who are all ears. Enjoy the latest instalment of Little Trail Hunter!

A Letter To Aptos - The Story Of Ryan "R-Dog" Howard: R-Dog was born and raised in the small beach town of Aptos, California - just outside of Santa Cruz and home to some of the best mountain biking on offer and the grounds of the iconic Post Office. His passion was never really in racing as a kid. For Ryan it was all about riding with style and poise. His all-for-fun mentality that he brings to every ride and his wide grom-like smile are inspiring others to hit the trails. Watch as we uncover how a small beach town and an empty dirt lot shaped Ryan into the person and the rider that he is. Bikes have taken him all over the world, but he always comes back home to the mountains of Aptos with a smile on his face.

Nic Court - All Time, Fall Time In Duncan, BC: What the city of Duncan lacks in size it makes up for with its trail network, enjoying some of Vancouver Island’s most celebrated riding zones on its doorstep. From flat-out DH tracks to loam, flow, and everything in between, Duncan is the perfect place to put the Druid XT through its paces. Please join Forbidden ambassador Nic Court as he hits some local lines while chasing the final glimmers of fall before winter’s snow arrives.

Finding Clarity: "We’ve all had those days. The clock ticks away with increasing volume, phones ring incessantly, and the hustle and bustle of the office slowly devours creativity. Sometimes you simply need to close your computer and reset. As an industrial designer at Evil Bikes, I’m part of a passionate team responsible for designing and shaping our bikes into what you see out on the trail. As you might expect, establishing and maintaining a steady flow of creativity is a must. For me, creativity and clarity go hand-in-hand while riding. There’s nothing like being alone in the woods, ripping through fresh dirt, and enjoying the limitless self-expression of riding to fill the mind with good vibes and creativity. It’s the perfect remedy for the all too familiar mental block that slowly creeps in over the course of any work day. Luckily, Evil Bikes calls Bellingham (Washington, USA) home. With endless trails within pedal distance from the office, there’s no better way to recalibrate my thoughts than a proper lunch lap." - Mike Giese, Industrial Design at Evil Bikes. Video: Tyler Deschaine.

One Man Show: One Man Show is a two and a half year self-filmed project featuring Justin Schwanke.

Mike Mastroni - Industrial Eyes: It's been a good three years since we saw a fresh part from Sunday's Mike Mastroni, but that didn't mean he was sleeping! Since the completion of his Headlight's section, Mike has been out there bagging ultra creative clips on a variety of stand-out setups, and the result is well... incredible. 'Industrial Eyes' is the kind of part you can watch over and over and notice something new every viewing. This has to be one of our favourites in a long time.

Joe Jarvis - Void: Been a long time coming but Joe Jarvis has now been welcomed to the Pro team, and with that we give you Void. Video: Rich Forne.

Kevin Peraza - A Day In The Life: Have you ever wondered what it’s like to be Mongoose pro rider Kevin Peraza? Well wonder no more. Watch for a real day-in-the-life look at one of the best BMX riders on the planet.

Cold Call - Bob Burnquist: Bob shows us around the compound, hoppin' the channel switch in his concrete bowl and closing out at the Mega.

Classics - Bob Burnquist's "Dreamland" Part: The one and only Mark G introduces a part that is overflowing with NBDs. Burnquist is in a league of his own...

Vans Surf - Sonic Souvenirs, Volume 2 - Côte d'Ivoire: Vans Surf proudly presents Volume 2 of Sonic Souvenirs, a series focused on the intersection of surf, art, and culture told through the lens of one of the world’s most stylish surfers, Mikey February. In the second instalment of this exploration, Sonic Souvenirs: Cotê di’Ivoire, Mikey is joined by Vans’ LeeAnn Curren and Alex Knost along the Ivory Coast of Africa. Through their travels, they are embedded in the origins of many regions’ cultures, spotlighting a variety of musical styles, instruments, dance, and deep-rooted traditions around creative expression. Nestled in smaller, niche communities, like the Hibiscus Coast, each region has its own ideas and interpretation of surfing, independent of existing perceptions or definitions. Directed by Blake Myers.

Zootspace: This is one of the wildest ski edits you’ll see this year, and maybe even in your entire life. Zootspace was directed by Oliver Hoblitzville. The twenty-eight-minute video features a whole lot of rail riding, table smashing, broken skis, an incredible soundtrack, and many near-impossible feats of pure skill.

Attack Of La Nina: “Attack of La Niña,” chronicles the deepest North American winter in recent history. This action-packed film – captured using the most state of the art camera equipment available – demonstrates the limit of what is possible in modern freeskiing. Featuring super steep descents, unbelievably deep powder, and giant airs, “Attack of La Niña” will transport you to Colorado, Alaska, British Columbia, Washington, California, and many other world-class destinations.

On The Verge: In the mountains behind the sleepy coastal town of Powell River, BC, a small group of rock climbers has spent decades quietly pioneering routes on some of the largest granite walls in Canada. As the last stands of old-growth trees harboured in these valleys come under threat of logging, the climbing community faces the uncertain future of a place that has come to define their lives and legacies. Confronted with the decision to fight for these last ancient trees and potentially lose access or look away as the valley is stripped for timber, On The Verge is a snapshot of outdoors culture in British Columbia. The way we reconcile industries that give us access to the wilderness with the destruction they cause. The desire to protect our backyard but keep it for ourselves at the same time. The importance of these places to the people who have shaped them and been shaped by them in return.

Run To The Source: Martin Johnson embarks on his most challenging run, as he explores the connection between Black British history and the River Thames. Martin attempts to set a new fastest known time on the 184-mile Thames Path—running from the Thames Barrier in London to the source of the river in the Cotswolds. What starts as a gruelling and ambitious record-breaking attempt turns into a journey of discovery. He learns both about himself and the entangled history between Black people and the river. Martin hopes his run will encourage more diversity in the sport of trail running and inspire others to get out beyond the city and run. 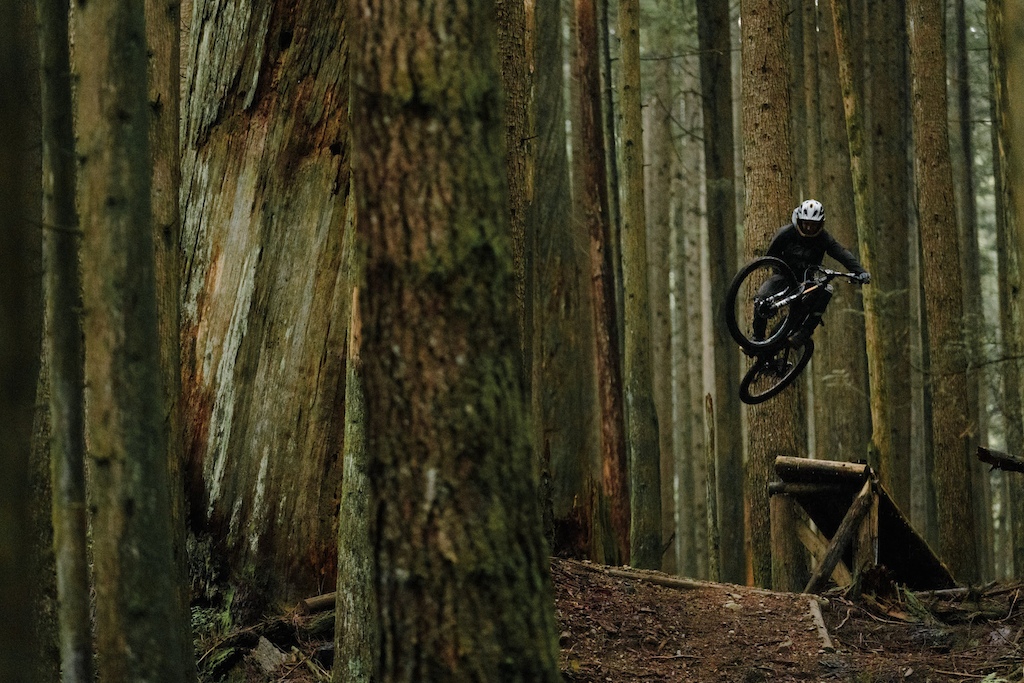 Posted In:
Videos Movies For Your Monday

HaydukeLives (18 hours ago)
God I wish my mondays looked like Kevin Peraza’s. Nope, waking up with a blown out back to go strip concrete forms in the pouring rain.

TheChrisAndrews (17 hours ago)
made BMX look so hollywood lol

mi-bike (16 hours ago)
Those tires are the BMX version of Christiano Ronaldo's white cleats.

Bro-LanDog (17 hours ago)
If you don't know bro

scottsecco (11 hours ago)
Sure did, thanks for the suggestion!

lpcunity (10 hours ago)
Bob’s skating and skating in general, makes the street skiing look comical.
Below threshold threads are hidden

Andrewcycleaddictstaton (15 hours ago)
mtb page.. ok bikes. cool. oh bmx, cool.. skating.. well I have know of ol' bob for as long as I have payed attention to action sports.. sking?? RUNNING????????
Post a Comment